After learning that her boyfriend cheated on her, 18-year-old Carlie Bradford has gone viral after uploading her emotional reaction on TikTok.

In the heart-tugging video, the video begins with a quiet cry turned loud sobbing as Bradford’s roommate comforts her as she begins to uncontrollably break down and shriek, “I can’t believe he did that. I do everything for him.”

RELATED: Christina Milian Reveals How She Found Out Nick Cannon Cheated: ‘I Hacked Into His Phone’

Explaining the reason for the upload, now boasting 13M+ views, Bradford, says, “I posted the video because I want people to understand what cheating can do to someone, mentally. I posted it also to let other people know that they’re not alone and that people are there for them if they ever go through what I did.”

In addition to her roommate’s comforting presence, several members of the TikTok community rallied in support of Bradford.

RELATED: Army Veteran Shoots Up Street With AR-15 After Learning His Wife Cheated On Him

Press play below to watch the emotional TikTok and reactions

USC To Offer Free Tuition To Families Making Under $80K A Year! By Kecia Gayle / February 21, 2020
More in Must See 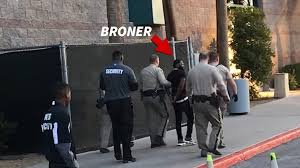